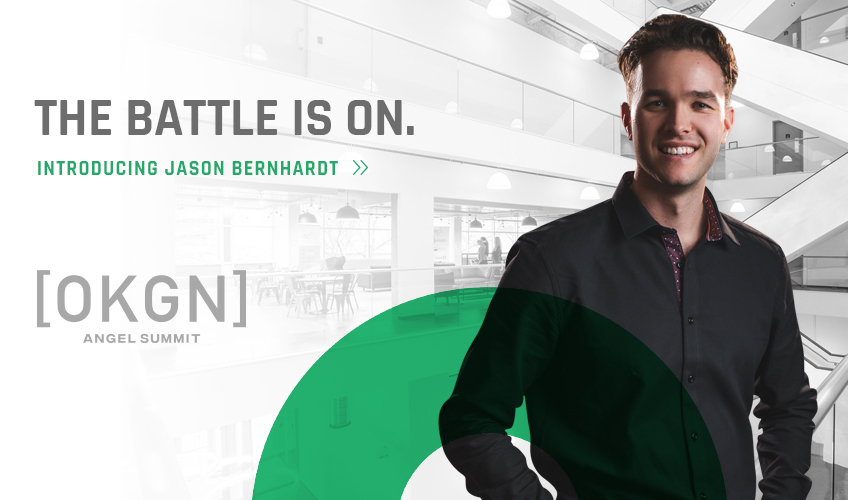 The battle is on. It’s time to pick a winner.

We met one-on-one with the top 6 to hear their pitch for the top spot.

Jason Bernhardt, founder of Levity, has built a dating app designed to support singles to be set up by their friends, peers and community. We recently caught up with Jason to learn more about his inspiration behind the idea, his experience as an entrepreneur and his plans to go the distance.

What problem were you trying to solve when you started Levity?

I was chatting with friends at a Christmas party and someone brought up the idea of matching friends with other people on an app. When I went back to Vancouver, I started to notice how many people were passing their phones around so their friends could find matches on their dating apps. 6 months later, I moved back to Kelowna and started working on Levity full time.

Why should people be excited about Levity?

It’s a novel way to meet people. When you’re using dating apps, you’re in it alone and choosing for yourself. Levity is the first app where you can invite your friends and bring them along, getting a new perspective on what you would typically look for in a match. The community helps each other find better matches than if they were just looking for themselves.

What kind of traction have you found with Levity?

It’s been exciting to see people get matched in Levity and start chatting. You spend so much time building the app, and there’s a lot of worry when you put out a social tool that people might not use it in a benevolent way, but we’ve been pleasantly surprised. Everyone we’ve talked to says that they enjoy the way it feels to set others up with someone that suits them.

What kind of expertise is your team bringing to Levity?

I’m a programmer, so my expertise is building the app itself. I got into computer science and app development because I wanted to create my own technology. My two brothers are brick-and-mortar store owners who bring expertise in owning and operating their own businesses like admin, marketing and overall direction. They work as part-time advisors for Levity, getting their hands dirty when they need to.

How do you see your company growing?

We’re looking to continue growing our user base throughout BC and then moving down west through the college campuses in the United States. We also have a feature development roadmap—we’ve built a pretty good minimum viable product, but a lot of work still needs to be put into building the vision that I have for Levity. There are a few team members we’ll start looking for, as well.

What would the $155K investment mean for your company?

The first steps we would take are hiring a senior engineer and brand manager. Another engineer would reduce the development time for new features in the app and the brand manager would allow us to redefine and align our branding. The advice I’ve heard is that the longer you wait to define the brand, the harder it is. So we want to be thinking about those things early as it’s pretty integral to the success of our app.

What has this experience taught you about the entrepreneurial journey?

When you start, you have to realize that it’s going to take up to twice as long as you think, and you have to commit to working on the project full time. It’s one thing to know that going in and choosing it, it’s another to reflect on it when you’re in the middle of the project and recognize that you’re two years into a 5-year timeline.

What advice would you give to entrepreneurs who want to participate next year?

Get advice from people who have experience pitching to different audiences. It’s not common sense to understand how to frame your business into something entertaining that can capture an audience’s attention—especially one that is unfamiliar with your industry. It can be difficult explaining Levity to someone who has never used a dating app.

Follow along on our blog as we count down to the March 12th finale.

Looking for more on the OKGN Angel Summit?