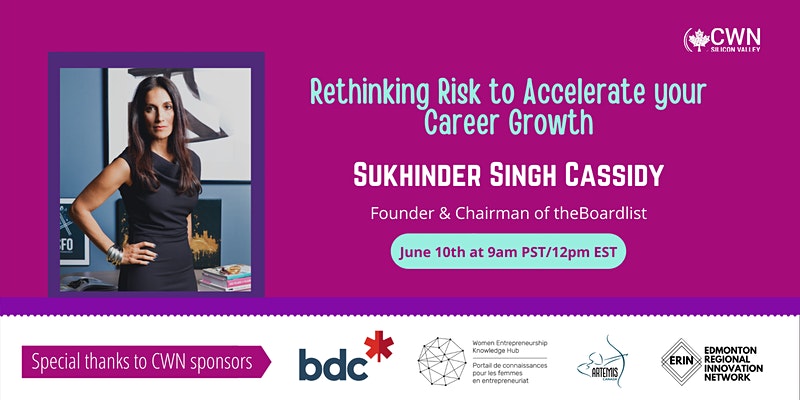 The Canadian Women’s Network (CWN) is excited to have Sukhinder Singh Cassidy, Founder & Chairman of theBoardlist join us for a lightning fireside chat.

In this fireside chat, Sukhinder will re-examine the myths around risk and reward that hold us back in our professional lives and share new frameworks for cracking the career success code.  Using a combination of personal stories and analytical frameworks, Sukhinder will share specific strategies to jumpstart stagnant careers, take risks consistently and unlock more impact with every career choice.

In August 2021, Sukhinder will be releasing Choose Possibility: Take Risk and Thrive (Even When You Fail), published by Houghton Mifflin Harcourt (US) and PanMcmillan (Globally), and aimed at helping career professionals rethink risk to achieve outsized career success. Choose Possibility is currently available for pre-order on Amazon.com.

Sukhinder Singh Cassidy is a leading digital executive and entrepreneur with 25+ years of leadership experience scaling and founding both b2c and b2b companies including Google, Amazon, Yodlee, Joyus and Polyvore. She is currently Founder and Chairman of theBoardlist, a premium talent marketplace for diverse executives, launched in 2015. In February 2021, Sukhinder also co-founded the Diversify Capital Fund , in partnership with Acrew Capital, that helps diversify the ownership of leading tech companies, and create equitable access to wealth creation for diverse leaders.

From May 2018 to June 2020, Sukhinder served as the President of StubHub Inc, the leading global consumer ticketing marketplace for live entertainment. In February 2020, StubHub was acquired by Viagogo for $4bn, in a record transaction led by Sukhinder and her team. Sukhinder also serves as a board director at Urban Outfitters (URBN) , Lead Director at Upstart, Inc (UPST), member of the global advisory board of #TimesUp, and has previously served as a board member at Ericsson, TripAdvisor, Stitchfix, J.Crew and as a strategic Advisor to Twitter.

Sukhinder has an undergraduate degree from the Ivey School of Business Administration at the University of Western Ontario, Canada.

Special thanks to our sponsors: 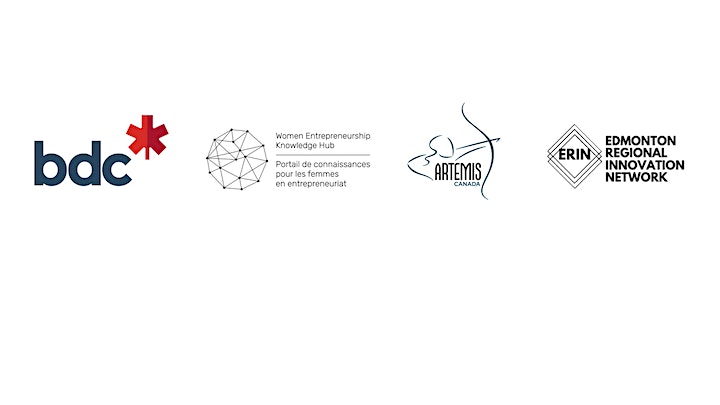