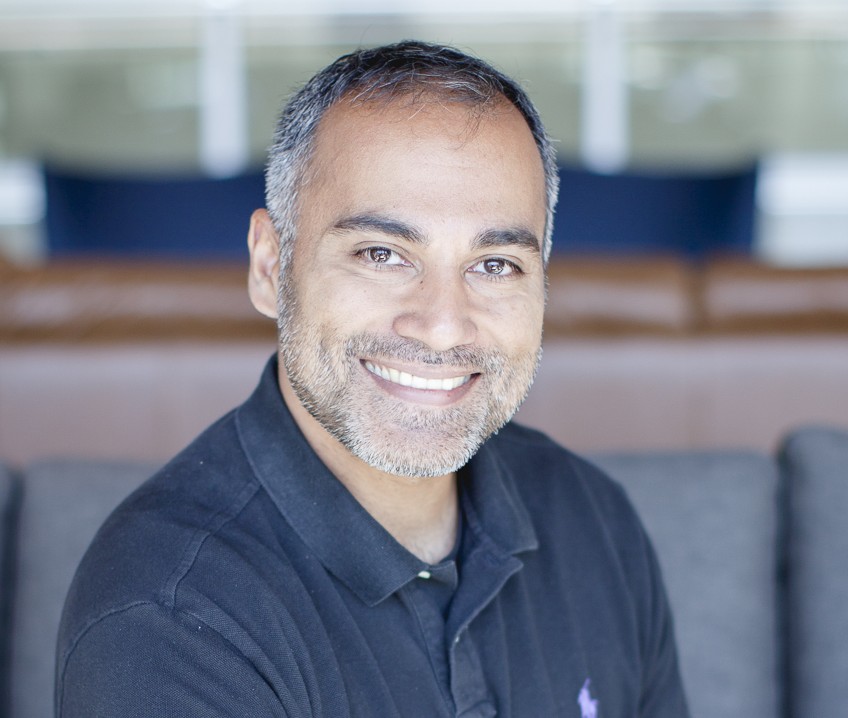 Salmaan Ahmed is Accelerate Okanagan’s newest member of the Executive in Residence (EiR) team. Although he recently moved to Kelowna in January, Ahmed is no stranger to the startup industry. This Sudbury-raised EiR brings us years of experience both as a successful entrepreneur and mentor for Communitech in the burgeoning Waterloo region.

Like many entrepreneurs who move to the Okanagan, it was the lifestyle that attracted Ahmed to the area. “Kelowna stuck on me size-wise and lifestyle-wise, and I had been living in Seattle so I was used to the landscape,” he said. “So far it’s been great.” Ahmed divides his time between here and Waterloo, and always enjoys returning to the mountains.

Before moving to the Okanagan, Ahmed spent the last few years as a program manager at Microsoft after the software giant acquired his company in 2014. The startup he co-founded, Inception Mobile, was created in 2012 to allow developers to port iOS apps to different mobile platforms. The business received a round of seed funding from Samsung Ventures in 2013, and within a year there was significant interest from Microsoft.

“Our initial relationship with Microsoft was originally to study the feasibility for using our products to help us port to Windows Phone,” Ahmed said. “That relationship progressed really well and by August 2014 we completed the acquisition deal.” The product lives on today as the Windows Bridge for iOS.

The Microsoft acquisition was not the only successful exit in which Ahmed was a part of. In 2006, Ahmed was a founding employee of SlipStream, a spinoff of research from the  University of Waterloo founded in 2001 that grew to about 44 employees and ended up being acquired by BlackBerry.

With two successful exits in his experience arsenal, combined with his track record as a mentor for Waterloo’s Communitech, Ahmed has a wealth of knowledge to share with AO founders. He has already begun working with a couple of companies and is looking forward to mentoring our startup and growth-stage founders.

For startups, Ahmed is clear about the primary objective he wants the founder to focus on: market validation. “I think the most important thing is actually building a product and putting it in the hands of people other than yourself and your friends,” he said. “A lot of people I talk to, both here and in Ontario, sort of get fixated on fundraising. I try to quite delicately make a point that that raising capital is merely a tool to execute your larger strategy.”

One of the first things Ahmed advises founders is to talk with customers as much as possible. “You need understanding of how your customers feel about your product or project; it is very easy for startups to believe their own bull****, but you need to put it in people’s hands and get honest feedback,” he said, and added that these customers should clearly see where your product or service adds value.

For the budding CEO, Ahmed believes there is one character trait that is valued above all else: the ability to listen. “You need to be willing to listen to your customers, your investors, your board or whoever is out there. It’s incredibly important,” he said.

As a valued EiR, Ahmed has several catchphrases he uses to put everything in perspective. First: “The best money is customer money.” In other words, focus more on getting customers than investors. And finally: “You know why most CEOs fail? Failure to *execute*, which is ironic, because it’s right in their title.”

Catchphrases aside, we are excited to have Ahmed join our EiR team and look forward to watch as the companies he works with grow with his mentorship.

If you are interested in becoming a volunteer mentor or EiR with Accelerate Okanagan, please contact AO Program Manager, Thuy Tran at thuy@accelerateokanagan.com.