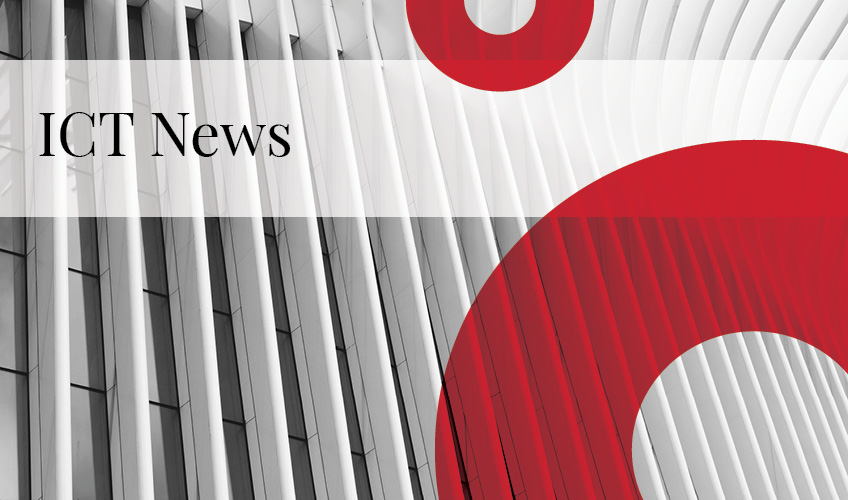 Matt Crowell joins us as our new #OKGNtech columnist, starting with the first edition of ICT News.

The first push notification came from Apple in 2009, and quickly became a Marketer’s dream! People opting in to receive messaging from an app right on their phone – what could be better?!. However, like many things in life, a small few people have managed to ruin it for everyone else. Ok, to say it’s been “ruined” is a bit extreme, but push notifications definitely lost some of their shine after some companies went overboard and sent too many notifications, some of which were also inappropriate for the audience. Take this example of notifications sent to a nine-year-old girl who was using the My Pet application! What are push notifications?

A push notification on a smartphone is the delivery of information from an app to the device, without a request to do so from the user, and it’s simply a message that pops up onto the users smartphone screen – however the user must have the app installed to be able to receive the notifications.

If you’d like to learn more about the technical side of push notifications, check out this post from Google.

How does a user control push notifications? 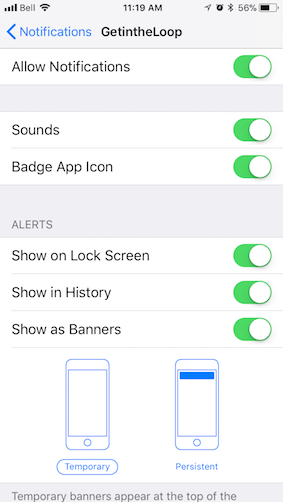 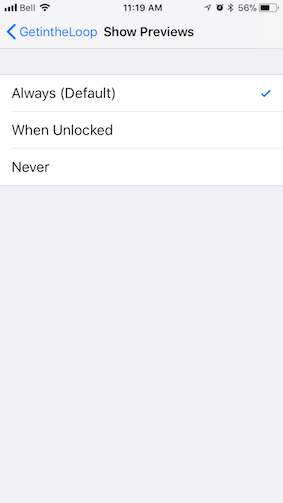 There are many options when it comes to how notifications are displayed, as shown in this example of GetintheLoop notifications on iOS.

Last year, Accengage released the results of a study where they analyzed the metrics of 65 billion push notifications sent by its customers in 2016 to 750 million consumers worldwide. The report states that 72% is the average opt-in rate for push notifications (driven largely by the fact that on Android users are automatically opted-in when they download an app). 43% of iOS users choose to accept push notifications. It is in the Telecom industry that opt-in rates are the highest (49%), followed by Travel (48%) and Finance (46%).

There’s no doubt that push notifications provide a great way for businesses to talk to customers, build upon relationships, and keep customers up to date and informed of special offers relevant to them. Mobile push notifications can also work to re-engage inactive users and bring them back to your app. Localytics also conducted research in 2014 that found a 7% open rate for segmented push messaging compared to a 3% open rate for generic, broadcast messages, and of people who open a push notification, 54% of users convert from segmented push compared to only 15% for broadcast messages. This research is now outdated, so numbers will differ, but the research shows the importance of segmenting your users and creating personalized, targeted notifications to encourage conversion. By including the user’s first name and mentioning what area they’re currently in, you’ll capture their attention far more effectively than a generic message would. Of course, a conversion differs from business to business, so it’s hard to predict what would work for an individual business without running tests. The key is providing value. In another recent study by Localytics, 80% of respondents reported push notifications as being somewhat helpful, or not very helpful – so there is definitely still room for improvement on the value being provided.

What should be measured to see if mobile push notifications are working?

There are several metrics that can be used to see if push notifications on a mobile device are having the desired effect, and these would include open rate and click-through rate, if the app was launched after the push notification was received, how much time was spent on the app after certain notifications, number of sales, re-engagement after push notification delivery and more.

How many push notifications are too many?

Just because a business can reach customers via a push notification, doesn’t mean that this privilege should be abused. Remember, annoying customers with too much interruption will cause frustration, and ultimately lead to either an uninstall of the app, or a negative impact to the perception of the brand – or both.

Globally, push notifications have come a long way in the last few years due to better targeting abilities and therefore increased relevancy, and in the Localytics study previously mentioned, 52% of respondents said push notifications are “better” than they were. Also in the study, it was mentioned that businesses can consider sending more than one weekly push notification a week and it won’t have as much of a negative impact that it had 3 years ago, when sending two to five push notifications a week would have caused 31% of users to stop using your app. Today, this is down to 22.3%.

The optimal number and timing of push notifications will vary by business, by industry, and by audience. While the 1/week guideline is a good start, it’s really up to the individual business to test different sending frequencies, combined with testing message types to see what works best. Localytics’ survey found that globally, the best types of push notifications (49% percent of respondents said these types of notifications cause them to use an app more) are those triggered by a user’s stated preferences.  After stated preferences, location tracking was voted as the most valuable type of trigger. Notifications triggered by in-app behaviour are most likely to cause them to use an app less. Further research suggests that afternoons on Tuesday, Wednesday, Thursday and Friday are the best times to send push notifications.

How does GetintheLoop use push notifications?

At GetintheLoop, we use push notifications to alert our customers to specials and offers that are running from our partners, depending on their location, what the offers is and whether or not the user has opted in to receive them. Here’s an example of a push notification for Ricky’s All Day Grill. Connect with the Author Matt, Founder and CEO of GetintheLoop. 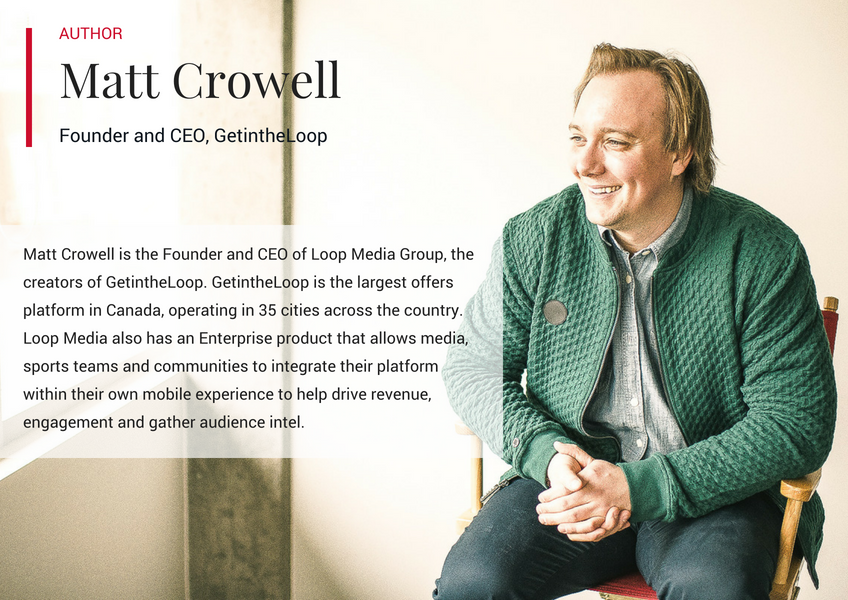