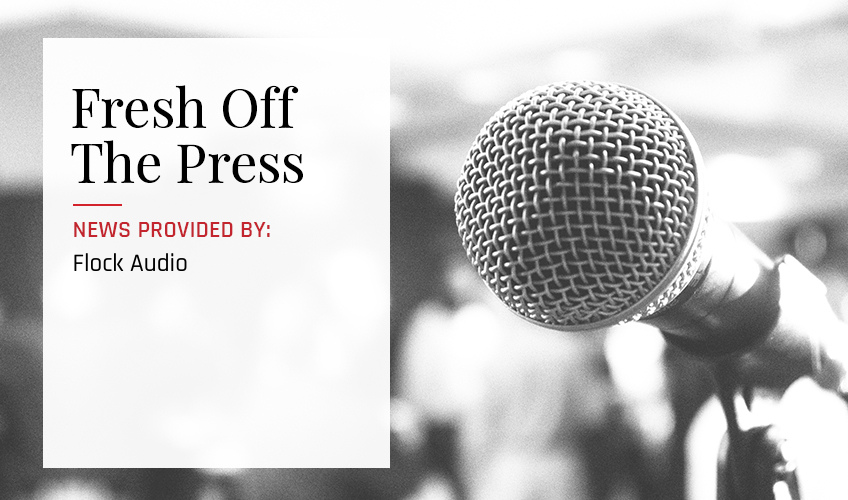 Nearly a year ago… Professional Audio Manufacturer Flock Audio Inc made the decision to relocate a large portion of its operations to the Central Okanagan. Now based majority out of Kelowna British Columbia, Flock Audio continues its thriving business growth of designing, manufacturing and shipping one of a kind professional audio products worldwide to customers of multi-faceted industries including Grammy Award Winning Audio Engineers, Renowned Recording Studios and Broadcast facilities around the globe. Starting the company & working out of a 300 sq.ft residential garage in late 2017, Flock Audio has increased its operation size to a 2000 sq.ft warehouse and office in Kelowna as well as a satellite office located in Edmonton, Alberta.

Flock Audio’s flagship product the “PATCH” System (Designed, Engineered & Manufactured entirely in Canada) is the world’s first digitally controlled, 100% analog audio routing system used and trusted by thousands of audio professionals to complete their daily work tasks with enhanced workflows, lightning fast efficiency and unmatched creativity options. The PATCH System has been quoted by some of the industry’s highest decorated professionals such as Googles Senior Sound Designer Richard Devine as “The biggest innovation to the audio industry in the past 20 years” and simply put as “The industries Game Changer of the decade.”

Building off the success and consistent growth of the “PATCH” System, Flock Audio announced 2 new products in January 2020 at the NAMM Convention (National Association of Music Merchants) Anaheim California’s largest convention & trade show hosted (135,000+ Attendees). CEO & Founder Darren Nakonechny has expressed that this is only the beginning of what Flock Audio has to offer the audio industry and while previously turning the industry upside down with the groundbreaking innovation release of the “PATCH” System, Flock Audio has a lot more up its sleeve which will continue to astound & astonish the audio and broadcast industry for years to come.

Flock Audio is proud to call the Okanagan home and looks forward to helping grow the Okanagan’s Technology Sector.