8 Canadian Tech Leaders That You Should Be Following 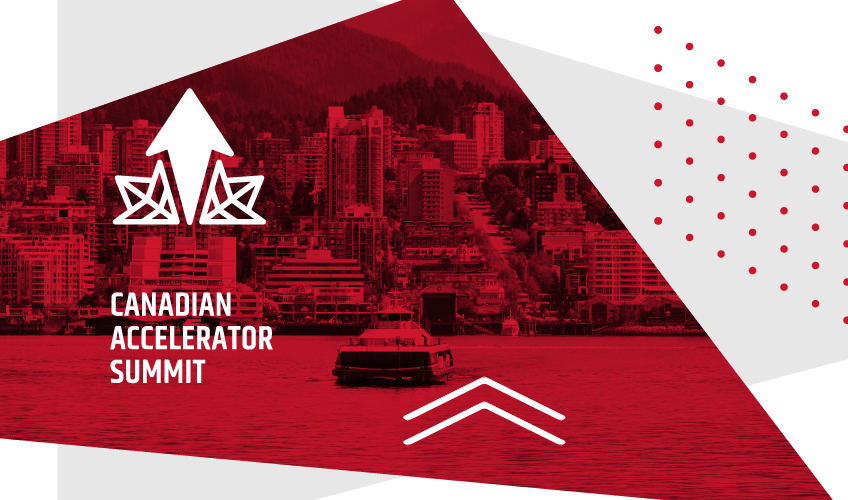 In March of 2019, we hosted the third annual Canadian Accelerator Summit at the Pinnacle Hotel in the heart of North Vancouver’s Shipyards District. Over 120 accelerator, incubator, and community partners from across Canada gathered to learn from each other and share best practices.

This year was all about elevating the Canadian tech ecosystem and inspiring communities to reach new heights (up, up and away… eh?!). We had some amazing speakers who sparked ideas, forged connection, and challenged the status quo. Take the next 5 minutes to meet some of the  innovators, activators, and rule-breakers who are shaping the future of Canadian tech. We can guarantee you, they do not disappoint.

Denise Williams has an MBA from the Beedie School of Business at Simon Fraser University and currently holds the position of CEO at the First Nations Technology Council. She was the recipient of Business in Vancouver’s Top 40 under 40 in 2018, Motherboards Human of Year in 2017, BC’s Most Influential Women STEM Stars in 2017, and Women in Technology’s Community Champion in 2016.

Denise is currently working with Indigenous peoples, governments, academics, technology futurists and social change makers to map the ecosystem that will result in fair and equitable access to the tools and education required for success in the digital age. Her work leads a theory of change that will not only ensure Indigenous peoples are competitive in BC’s technology and innovation sector, but leading and growing local digital economies.

In her keynote address Denise suggested that speaking the truth was critical to building community, trust, and making change together. Given that we are in the throws of rapidly designing the future economy, changing the nature of human connection and rethinking what it will mean to be human in a time of unprecedented technological advancement, Denise cautions there has never been a more important time to be honest and inclusive and she challenged us to lead with curiosity and intention.

Sean Sheppard is the Founding Partner of GrowthX and Co-Founder of GrowthX Academy. Before co-founding GrowthX, Sean built and ran the sales and business development track at Tradecraft and co-founded the Professional Sales College.

Sean is a serial entrepreneur who has successfully grown dozens of early-stage companies across a wide variety of products and markets. At GrowthX Academy, Sean is focusing on sharing his expertise in monitoring and adjusting revenue pipelines to help startups improve the probability and predictability of sales and marketing success.

Sean opened the Canadian Accelerator Summit with a fireside chat moderated by Lisa Cashmore, Head of Accelerator Programs and International Strategy at Communitech.

Sean highlighted three fundamental elements that are missing from most Accelerators. The first was a business model that doesn’t require you to go back to the well. The second was a structured framework to teach your companies how to grow and the third was a process to add value to the community as a whole.

Sean reminded us  that the success in the business of accelerators is not an overnight thing and it’s important to be patient. Working with entrepreneurs that can be advocates for your accelerator is a necessity.

Rob Bennett co-founded Municipal Software Corporation in 1982. He took the company public at the beginning of 2002 as President and CEO. He also led the development and launch of Municipal Software’s Software as a Service (SaaS) offering, Local Government Manager (LGM). Rob currently holds the position of COO and Program Director at VIATEC in Victoria.

Rob Bennett spoke took part in a panel discussion on leadership and was able to draw on his wealth of experience working with founders and curating programs. “When you start your own company, you are the expert,” Rob explained. “So when you grow your company, you think you need to have all the answers”. This is the sweet spot and exactly where accelerators need to plug in. “It can be difficult for the entrepreneur to break that thought pattern, but it’s our job as accelerators to communicate what we can do to help”.

Laurel Douglas is the CEO of Women’s Enterprise Centre (WEC). WEC is a non-profit organization devoted to helping BC women launch, lead and scale their own businesses. Under Laurel’s leadership since 2004, WEC is recognized as one of the leading business resources for female entrepreneurs in BC and a best practice internationally.

Laurel has received several awards recognizing her contributions to economic development and small business in BC, including the EDABC and Small Business BC. She was also one of 100 people worldwide recognized in 2011 for their efforts in advancing the economic empowerment of women from the international organization, TIAW. In 2015 she was honoured with the Wendy McDonald Community Catalyst Award from the Women’s Leadership Circle of the Vancouver Board of Trade.

At the Canadian Accelerator Summit Laurel fuelled the discussion around leadership by drawing on her own experiences and the experience of those she has mentored. She explained that leadership isn’t something that is given to you, leadership is something that must be earned. She argued that we’ve all got what it takes to lead we just have to have the courage to do so.

Susan is the Senior Director of Venture Advisory Services at MaRS, where she is responsible for operational effectiveness, client service orientation and the implementation of strategic priorities across the Venture Services team.

Susan brings a wealth of experience in the innovation sector to her role, most recently with Ontario’s Ministry of Research and Innovation/Ministry of Economic Development, Employment and Infrastructure (MRI/MEDEI) as Manager of Innovation Strategy and Programs for the Commercialization Branch.

Susan McClean took part in a panel discussion on storytelling and highlighted the importance of integrating relatable data. “Providing proof points is critical when communicating success,” Susan explained. “And communicating success is key to supporting high-growth and high potential entrepreneurs”.

Dan Gunn is the CEO and Executive Director of Viatec. Dan attended Trent University for Politics and Economics and then he received his bachelor in Commerce in Entrepreneurial Management from Royal Roads University.

As the Executive Director of VIATeC, Dan is the community shepherd of Victoria, BC’s thriving $4B+ tech industry. A lover of creativity and innovation, Dan takes pride in VIATEC’s unique approach to serving its members. Dan strongly believes in connecting resources, people, and knowledge to grow community.

During a panel discussion around storytelling Dan spoke passionately about the importance of design the willingness to be patient with your audience. “It’s impossible to change everyone’s minds at once,” Dan explained. “Changing perception— it’s a long term game”.

Martha Casey is Volta’s COO. Before joining Volta, Martha was the Chief of Staff and Executive Director in the President’s Office at Dalhousie University. She also worked in New York City Mayor Michael Bloomberg’s administration over two terms before returning to live in Halifax.

Martha has held leadership roles in organizational change, project oversight, and economic development. Before joining the Mayor’s Office, Martha worked on projects with the United Nations Office of Internal Oversight, the Office of the Public Advocate, and volunteered with a number of organizations aimed at building confidence and competence in girls, supporting new immigrants’ entry to the workforce, and economic capacity building.

Martha’s time on stage was spent reiterating the importance of collaboration. “Soft skills are important,” explained Martha. “But it’s also super important to know when to go to your team for input. We must lean on one another in order to move forward.”

BC’s Innovation Commissioner, Dr. Alan Winter is also a director of the Victoria Hospitals Foundation, Ontario Genomics and Geoscience BC, an adjunct professor at the University of Victoria’s Peter B. Gustavson school of business and a member of the University of British Columbia’s Research and Innovation Council. He has served as a director of more than 30 organizations, including the Business Council of British Columbia and Alberta Innovates.

Dr. Winter took the stage at the Summit to discuss the future of innovation. ‘In order for Canada to be successful, we must look at innovation as a way of life” says Winter. “ The rest of the world is moving quite quickly, and the reality is Canada is falling behind”.

Dr. Winter also spoke to the importance of tech-enabled companies and their impact on the economy as a whole. He stressed that tech is not just a sector that is focused on software and apps, but it’s really a sector innovating the entire economy.

Hungry for more? Head over to the Canadian Accelerator Summit Website.

Questions about the summit? Connect with our team.